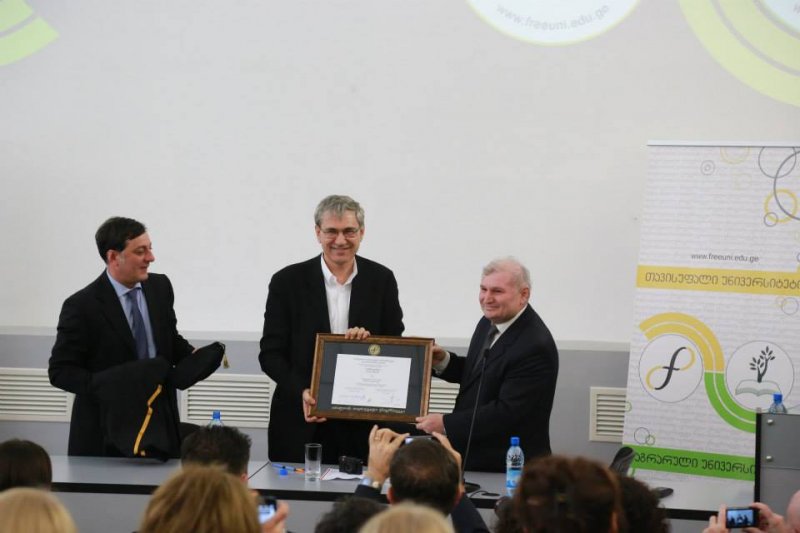 As part of our Week of Modern Literature, the Nobel Prize winning author Ohran Pamuk came to our Campus on the 13th of March. Pamuk has sold more than 11 million books in sixty languages, is the first Turk to receive a Nobel, and is a fierce advocate of the Freedom of Speech. He came to Georgia to connect with his readers and to guide budding writers. After a book signing, he was then presented with an honorary doctor's degree from Free University. He went on to field questions in a press conference that was attended by students, political scientists and the international community. He candidly explained to one student hoping to embark on the life of a writer, how grueling and solitary that life is; he urged for a greater degree of literary translation directly from Georgian to Turkish and vice versa; and he expressed his delight that his books were popular in Georgia, especially in Rustavi Women's Prison. His direct, intelligent and inspiring speech will surely stay with those who attended this remarkable moment for years to come.